Samsung managed to incrementally increase the battery capacity of the 44 mm Galaxy Watch4 compared to its predecessor, but that wasn’t the case for the 40 mm model. A certification by Safety Korea shows that both sizes are getting upgraded in the next generation.

It will be an incremental upgrade again, week-long battery endurance still isn’t possible for full-fledged smartwatches. 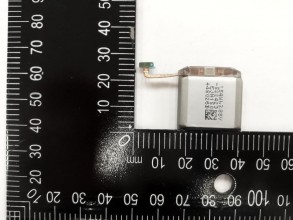 Note that this is for the vanilla watch and we’re not 100% sure about the sizes (e.g. the Watch3 had a 45 mm version, not 44 mm). We haven’t seen other versions of the Watch5 be certified either.

Of course, battery life is a function of two things – battery capacity and the efficiency of the hardware. The Watch4 generation introduced the Exynos W920, a 5 nm chip, which is more efficient than the 10 nm Exynos 9110 used in the Watch3 series and the 12 nm Snapdragon Wear 4100 used in some non-Samsung watches. By the sound of it, 4 nm foundries are running at full capacity, so a new, more efficient wearable chipset is unlikely.

Previously, we heard that Samsung has found a way to integrate a thermometer into the next-gen watch, which will be used to track skin temperature (useful to detect early signs of infection as well as tracking ovulation cycles).

The Galaxy Watch5 generation won’t be unveiled until the second half of this year, we should see more details leak out as the new models get closer to launch.

Recent Posts
Recent Comments
Deal of the Day!!
About Us

Alltoprate.com is a modern all-in-one price comparison and review website that provides the best deals available on Amazon and keeps you updated through newly added blogs. Images are copyrighted, and they are the property of their respective owners. All content cited is derived from their respective sources.